In honor of the DeLisle Clan official Summer kickoff, I bring you…

Number of boats that have been named after me in this lifetime: 1

Days that the boat was in storage, and Tim (err, I have to start calling him the Captain, again) had been sulking: Approximately 217

Number of Pirate flags we have already been through: 2

Days we spent on the water during this past 3 day weekend: 3

The number of smiles I’ve seen on this man’s face since: I lost count.

Hours on the water this past weekend: 15

Number of people who got boat time over the three days: 9

Those who got seasick: 0

Days with a NO WAKE restriction, which made it hella HOT just cruising around/no breeze: 1

Those who got sunburn anyway: at least 4 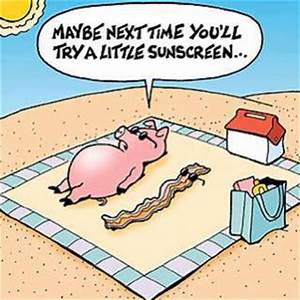 Autistic teenagers tubing and loving it: 1

Autistic teenagers who took forever to get in the tube then only to change their mind and create a dramatic water and boat reentry: 1

Thrown from the tube after giving the “yawn signal” to the Captain: 1

Cocktails: it would just be rude to count that, or snacks.

Lost ball caps: ZERO! This, my friends, is a modern miracle with this crew.

People who fell overboard: 1 (Or as I like to remember it, was thrown overboard by the rogue waves and miraculously survived a near death experience, all while NOT losing her sunglasses!) And NO ALCOHOL WAS INVOLVED IN THAT INCIDENT, just for the record.

Bottles of water consumed: Correction – there were CASES.

Hitchhikers (is that what you call someone who needs a lift from the bar to the dock, via boat?) picked up: 2

Dollars I just learned we’ll be saving on our insurance each year because of my shiny new Boat Safety Certification: 16

Times I may or may not have asked Tim (err, the Captain) to slow down or turn the music down: only a few.

Times that made me realize I might be getting old: more than a few.

Laughs & Memories – too many to count.

So, I guess after a full weekend of overindulgences, summer is officially here.